A Woman for the FBI 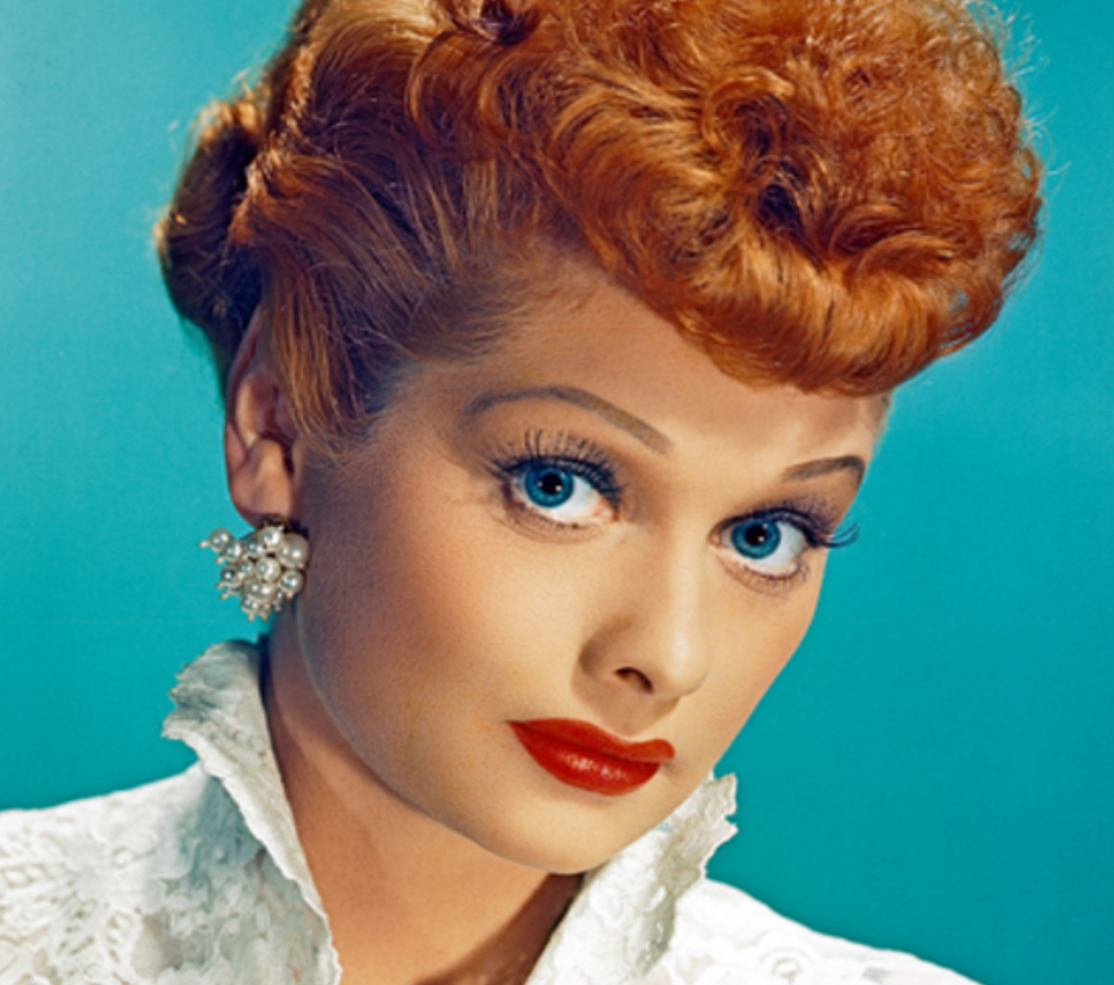 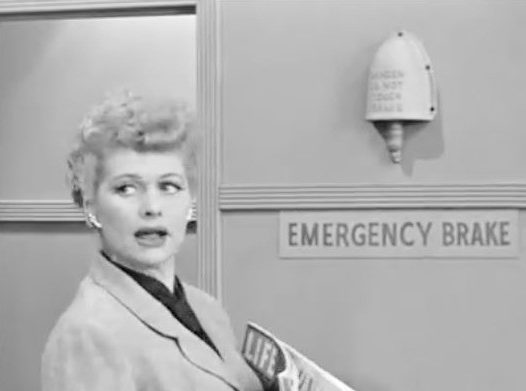 In a television show famous for its hilarity, one of the funniest episodes of the sitcom I Love Lucy was “The Great Train Robbery.” First broadcast in 1955 and starring the beloved Lucille Ball, it involved Lucy and friends taking an overnight train. Lucy quickly becomes notorious for repeatedly activating the train’s emergency break, available in every passenger car. She always has a reason — but in the train conductor’s opinion, never a good one.

Lucy and husband Ricky (played by Lucy’s actual husband then, Desi Arnaz) later hear from a policeman that a notorious jewel thief could be aboard the train. Lucy even notices a man carrying a pistol and some precious jewels. The television audience learns the man is merely a jewelry salesman carrying the gun for protection. Lucy, however, imagines something sinister and tells her friend Ethel. Meanwhile, the real jewel thief overhears their conversation and, after Ethel leaves, he portrays himself to Lucy as a government agent and orders her to help him “catch the crook.”

Flattered, Lucy literally salutes and off they go. 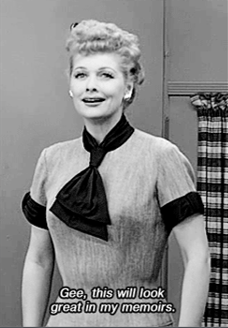 Once in the passenger compartment next to the salesman’s, the phony G-man tells Lucy to lure the guy inside. She asks how. He replies, “You’re a woman, aren’t you?”  Now even more flattered, Lucy says, “Gee, this will look great in my memoirs! I was a Woman for the FBI!” 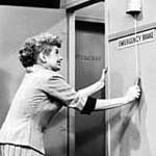 Alas, everything goes wrong for Lucy until, once again, she activates the train’s emergency break. The real jewel thief stumbles, and Ricky makes a citizen’s arrest.

Among the many viewers of this episode was J. Edgar Hoover, the FBI’s famous/infamous director. Finding it hysterical, he mailed Lucy a devoted fan letter. 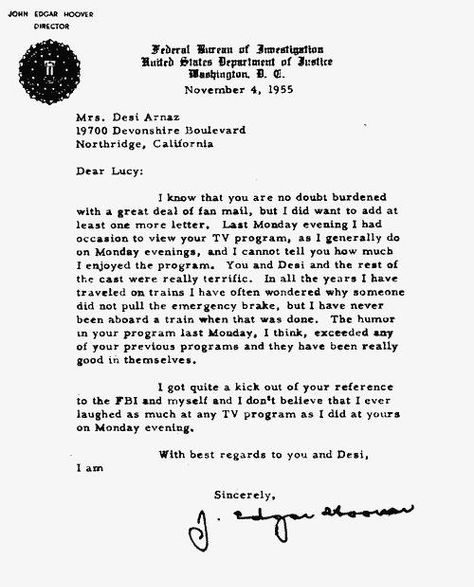 Hoover’s letter. Notice the name of the person to whom he addressed it.

Remarkably, back in 1936, Lucy had registered as a Communist. Revealed publicly in 1953, she later told Congressional investigators — yes, it was that serious — that she’d done so merely to placate her Communist-minded grandfather. She’d never voted Communist, she said. Desi later told a television audience that the only thing red about Lucy was her hair color and even that wasn’t real.

Another FBI experience of Lucy’s was downright bizarre. In 1942, during World War II, she’d gotten a temporary dental filling and was driving home from MGM Studios when her tooth started emitting radio music.

Emotionally unsettled — who wouldn’t be? — she told actor Buster Keaton, who laughed and explained that her filling had become a primitive radio receiver, that another friend of his had had the same experience. Apparently she wasn’t crazy. 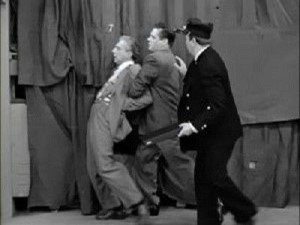 The bad guy gets caught!
(At least on television.)

A week passed. During another drive home, Lucy’s tooth emitted what sounded like Morse Code. Now she got really worried and informed MGM Security, who informed the FBI, who investigated and found the transmitter — and a Japanese spy!

An urban legend? Lucy told this story repeatedly, including to an astounded Johnny Carson on The Tonight Show. Despite her comedic characters, the real Lucy wasn’t known for spouting absurdities. Whether a real Japanese spy got caught was never confirmed officially, but Hollywood in 1942 was paranoid about Japanese spies. Perhaps her story got a little garbled.