Ask the average movie fan and you might hear that it is a James Bond film from 1995. Goldeneye was the first Bond film made after the Cold War, and it aptly included scenes from Saint Petersburg, Russia. It also introduced Pierce Brosnan in the Bond role, with his leading lady played by the Polish-born Izabella Scorupco. 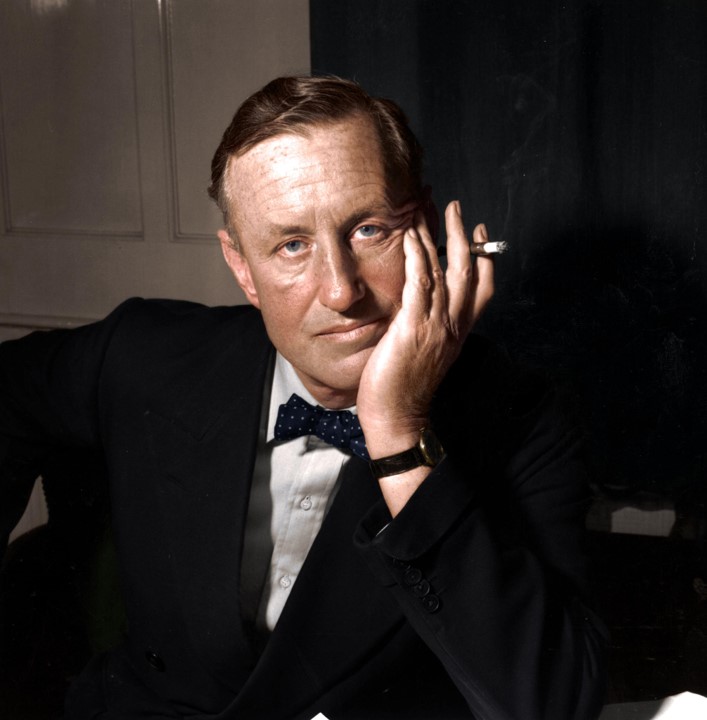 Brosnan has since become a U.S. citizen.

Ask somebody in Jamaica about Goldeneye and you will probably hear that it is Ian Fleming’s house.

(I cannot imagine why you would not know. Everybody knows.)

Jamaicans know Goldeneye because Fleming’s house is on Jamaica. There, Fleming wrote his Bond novels, using a gold-plated typewriter that he purchased in the optimistic belief that he would become a famous novelist.

Quite a gamble, but it paid off. 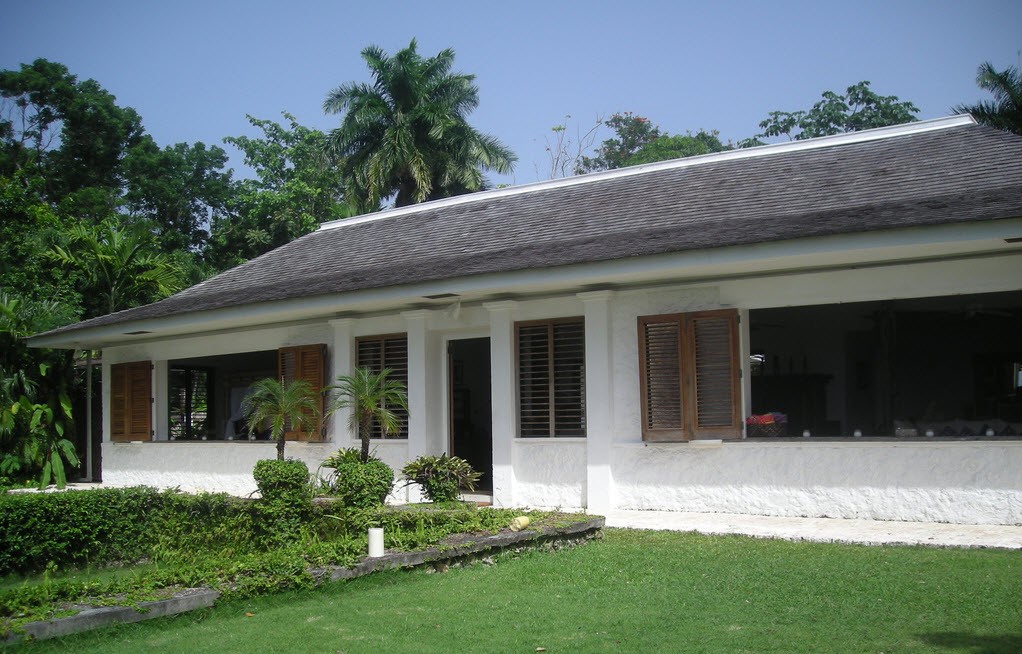 Goldeneye in Jamaica. It may not look like much, but within its walls churned an extraordinary imagination.

Incidentally, if you fly into Jamaica, the airport where you might land is named Ian Fleming International Airport. 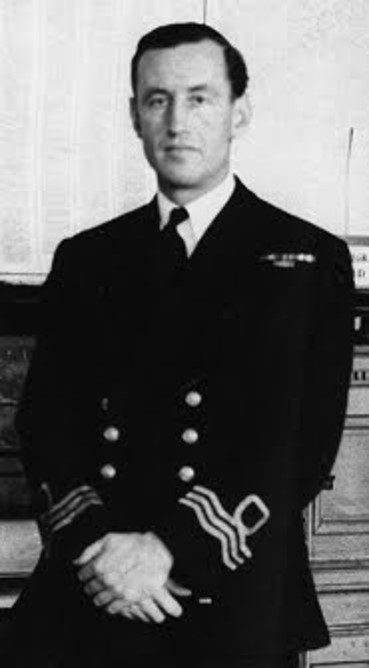 Yet, the name Goldeneye predates Fleming’s house. Unlike Bond, Fleming never served in Her Majesty’s Secret Service, MI6. But Fleming did serve in British Naval intelligence during World War II, as a lieutenant commander, the same rank he gave Bond. One of Fleming’s wartime missions was Operation Goldeneye, involving Gibraltar, a British base on the southern coast of Spain. The base includes an enormous rock feature called the Rock of Gibraltar, with numerous tunnels carved into it by the British forces there. Gibraltar overlooks where the Atlantic Ocean meets the Mediterranean Sea.

Gibraltar also dominates the first few scenes of the Bond film The Living Daylights, which introduced Timothy Dalton in the Bond role in 1987. 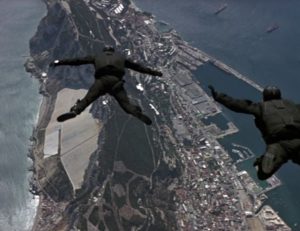 Bond and a compatriot parachute into Gibraltar in The Living Daylights, 1987.

Unexpectedly, The Living Daylights marked the last time Bond fought Communism worldwide, which he does, from Czechoslovakia to Soviet-occupied Afghanistan.  As late as 2004, Bond (Brosnan) did fight some North Korean Communists in Die Another Day — but he also visited Cuba and Chinese-ruled Hong Kong, and he didn’t experience much trouble with the Communists ruling those places. You know the world has changed when Bond cooperates with Communists and actually likes it.

In the opinion of Desmond Llewelyn, the actor who played the original Q in the Bond movies, Dalton’s portrayal of Bond was the movie version most accurate to Fleming’s original novels. Indeed, Dalton read all of those novels in preparation for the role. Among the villains in The Living Daylights is a sleazy international arms dealer named Whitaker, played by Joe Don Baker. Baker later played CIA agent Jack Wade in Goldeneye.

In real life, Fleming’s wartime mission in Operation Goldeneye was to maintain British contact with Gibraltar if either Spain or Nazi Germany attacked the base. Fleming’s precautions included making plans for waging guerrilla warfare and for secret communications channels back to London.  Among the interesting people Fleming worked with was American General “Wild Bill” Donovan, head of the Office of Strategic Services (OSS).

Although the threat to Gibraltar remained high throughout the war, it never materialized. Still, it was Fleming’s operation and, evidently, he was so proud of Goldeneye that he named his Jamaican house after it.

So, how did British Naval Intelligence devise Goldeneye as a codename? Perhaps because Gibraltar is a “golden” (valuable) “eye” (outpost) that monitors ships sailing in and out of the Mediterranean. 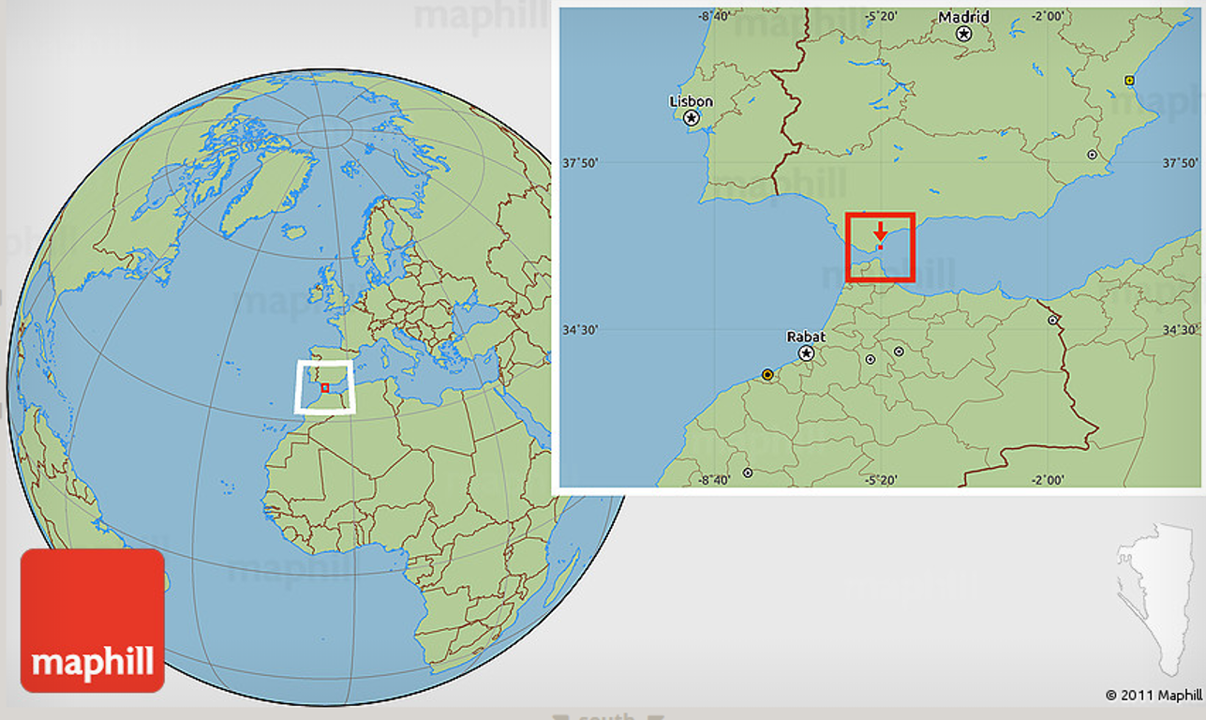 Gibraltar is a British-owned base on the southern coast of Spain.
(Maps by Maphill.com.) 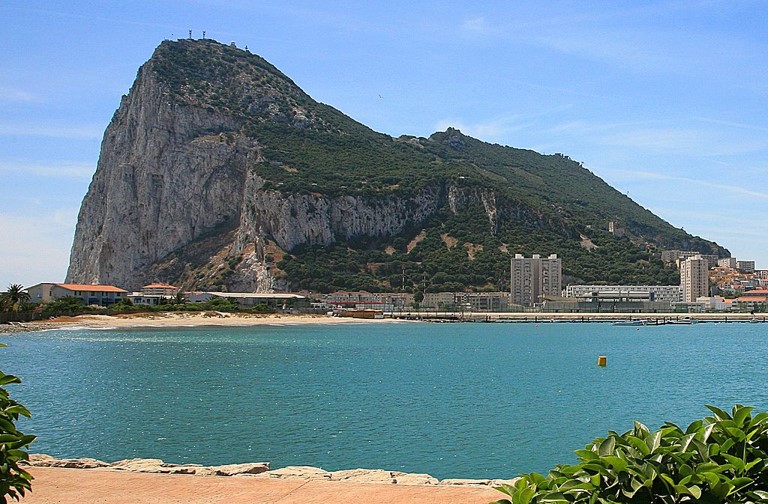 The Rock of Gibraltar.