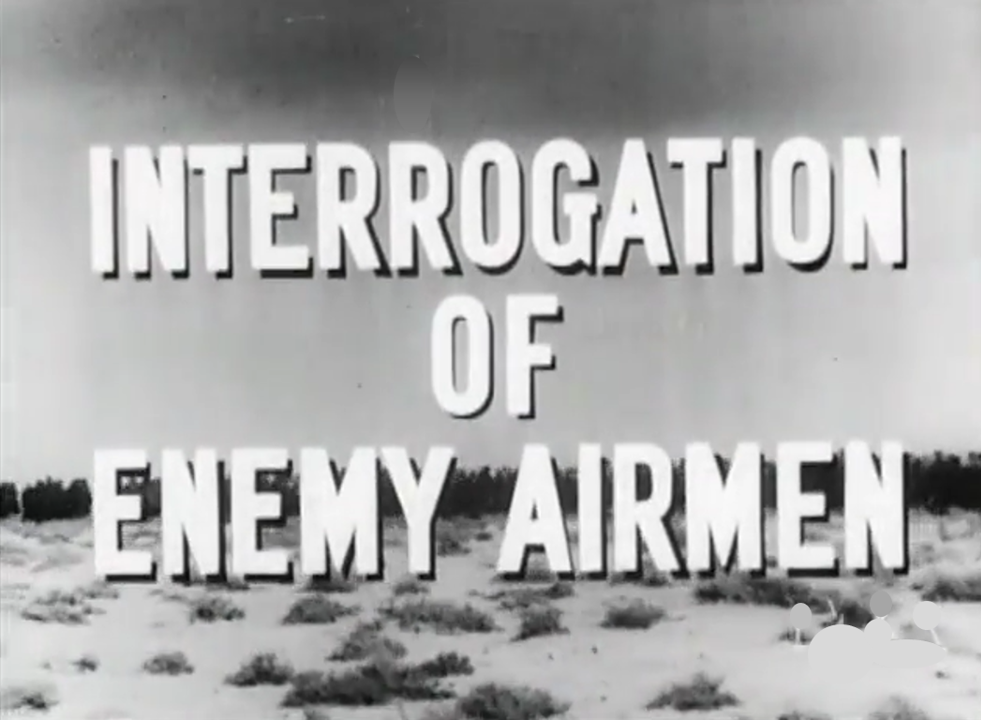 I’ve suffered through watching a few of them, trying to watch when I wasn’t yawning.  But there are some nice exceptions.  And like a fine wine, the attraction of such films actually increases with age.

For with the passage of time comes another reason to watch yesteryear’s training films: they offer windows into the bygone worlds those films were created for.  Some of us think of classic movies that way: the movie Casablanca, for instance, is a great character story because of the historical context the characters must face.  But while the purpose of a commercial movie is to entertain, the purpose of a training film is to train, giving the latter much more incentive to be accurate.  Even when a training film incorporates a fictional story, the lessons it teaches are real.  The original audience watched the film not to escape reality but to face reality, to learn how to handle real situations they would have to contend with.  An old training film shows what they were taught and even how they were taught, presented in more detail than most history books can offer.

One of my favorite training films (yes, I actually have favorites) dates from World War II.  Produced by the U.S. Army Air Forces (USAAF) — because a separate United States Air Force did not yet exist — the film is called Interrogation of Enemy Airmen.  It explains how to gather intelligence from Prisoners of War, without torturing them.

Today, we still debate whether torturing someone for information is ever necessary.  When torture becomes acceptable for at least the extreme cases, there are people — either well meaning or a bit opportunist — who devise reasons to keep adding to the “exceptional” cases until torture becomes the standard procedure, at least unofficially. Interrogation of Enemy Airmen teaches a non-violent alternative: trickery.  It offers no guarantee of immediate success, but no such guarantee is offered by torture either, frankly.  Torture is not only cruel, it is unreliable, because all too typically the person being tortured tells you what he assumes you want to hear — which is not necessarily the objective truth.  Centuries ago, hunts for supposed witches used torture for interrogation.  Countless women confessed to witchcraft, but I doubt that any of them were guilty.

Interrogation of Enemy Airmen is freely available on YouTube, and although the film is many decades old, the techniques it shows still work.  The film gives the impression of being a documentary, a sort of “reality TV” show before television existed, but in fact most of the people are actors. And as the handiwork of 1940s Hollywood, the film feels almost quaint.  Yet, never forget that this is a training film: it was intended for American military officers engaged in a world war that had already killed millions of people.

In the film, American interrogators converse with German, Italian, and Japanese prisoners in their respective languages.  Consequently, watching this black-and-white movie requires you to read numerous subtitles, which isn’t always easy when, sometimes, white lettering appears on white backgrounds.  Still, it’s worth it.

The opening of the firm begins with some actual footage of thousands upon thousands of German, Italian, and Japanese soldiers in Allied captivity.  To a man, they look tired, slovenly, in uniform but only barely.  A narrator’s voiceover begins:

“This is the enemy. An enemy no longer to be feared — an impotent enemy who’s fighting days are over.  Prisoners of War, who by their capture have been transformed from instruments of destruction into one of the most valuable sources of intelligence… These men were individuals before they became regimented soldiers.  All they look like now are just prisoners, but this man may have been a scientist, a teacher, a writer, a philosopher, a politician, a businessman…”

The scene shifts to a classroom of USAAF officers: future Air Interrogation Officers (AIOs) undergoing training.  At one point the classroom instructor points to a map and says, “In Germany, there are several distinct peoples.  It’s important to know the various customs, dialects, habits, and religious and social conditions.  The more you know about your prisoner’s background, the more you’ll be able to deal with him.”

After a string of such classroom scenes, another instructor admonishes, “Interpreters are to be used only as a last resort. It’s never as effective as seeing your prisoner alone.  Make your interrogation as casual as possible.  Try to make the prisoner feel that you’re his friend — the first one he’s met since his capture.”

Interrogation of Enemy Airmen is such a good film that I’m going to devote several posts to it.  Hopefully I’ve sparked your interest.  In the following few posts, the surviving crewmen of a downed German bomber is interrogated by an American AIO.