How the CIA got its name 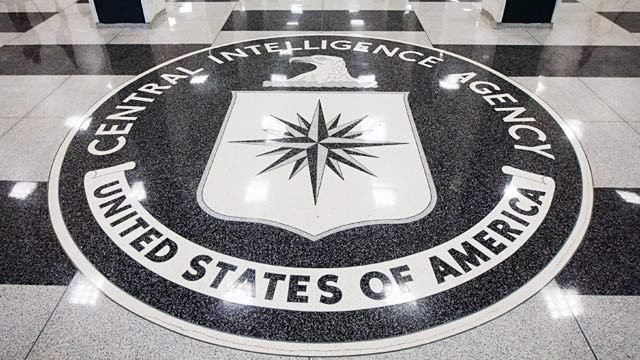 Why is it called the Central Intelligence Agency?

Why not the National Intelligence Agency?

Or the Office of Sneaky Spies?

The reason is because the CIA’s name is the result of political compromise and bureaucratic evolution.

Whatever information the various Departments were collecting, nobody was coordinating. Nobody was pulling together their multitude of clues about a multitude of subjects. Appalled, President Franklin D. Roosevelt appointed William “Wild Bill” Donovan, a hero of the First World War, as Coordinator of Information in June 1941. Yet, even this change wasn’t sufficient to assemble the clues of a coming Japanese surprise attack on Pearl Harbor that December.

With America now at war, Roosevelt ordered Donovan to create the Office of Strategic Services (OSS) — a hodgepodge of academic researchers in Washington, of daring commandos in enemy territory, and of undercover spies. (Sound familiar?) Today, memories of the OSS are almost the stuff of legend, but back then many in Washington considered it a rival for bureaucratic turf. The State Department and FBI loathed it, the Army sought to control it, and America’s Pacific forces wanted it out of that theater of operations. When World War II ended in late 1945, the OSS was disbanded.

The emerging Cold War compelled a rethink. American intelligence efforts remained uncoordinated. Clues might be uncovered by the Army, Navy, FBI, or State Department, but only rarely were those clues shared. In 1946, the Truman Administration created a central coordinating staff, the Central Intelligence Group (CIG), headed by a Director of Central Intelligence (DCI). But the new DCI was as weak as the old Coordinator of Information, for he had little more than a title, a desk, and a small staff. Many felt the DCI needed an agency of his own, independent (for objectivity’s sake) and reporting directly to the President.

The National Security Act of 1947 created one: the Central Intelligence Agency — given a “central” role in the Intelligence Community (IC), which comprised the other intelligence agencies such as the FBI, ONI, and Army Intelligence. Any secret intelligence information of national importance, produced by any of the IC’s agencies, must be shared with the CIA, which may use that information in combination with intelligence information collected by CIA-run spies. Yet, the CIA has no power to arrest any U.S. citizen — a prohibition the U.S. Congress adamantly insisted upon and wrote into the Act. After the defeat of Nazi Germany, the Congress was determined not to create an “American Gestapo.” Since then, the U.S. Government has sometimes violated American civil liberties — those violations are documented historical facts — but the culprit was the FBI far more often than the CIA. And now you know one reason why.

Incidentally, as late as the 1980s, a few past OSS employees were still working in some IC agencies. Most of them were modest people, but their younger colleagues held them in awe. (I met some. They were very nice.) Other OSS veterans went on to eventful careers in other fields — including the famous television chef, Julia Child. (I met her too. She was very nice.)

Until 2004, the dual missions of the DCI were to direct the CIA while also coordinating the IC’s other agencies (or at least attempting to). Since 2004, however, the CIA Director, now abbreviated as D/CIA, has focused on only the Agency. An independent Director of National Intelligence (DNI) now coordinates the IC, or at least attempts to, supported by his own mini-agency, the Office of the DNI (ODNI). Being the DNI has been called the second most difficult job in Washington.

But being the D/CIA isn’t much easier.

“When asked if I miss being in government, I usually try to lighten the moment by responding that I awake most days, read the paper, and then observe that, ‘It’s yet another great day to the former Director of the Central Intelligence Agency.’”